Objective To investigate the effects of short-term forest bathing on human health.Methods Twenty healthy male university students participated as subjects and were randomly divided into two groups of 10.One group was sent on a two-night trip to a broad-leaved evergreen forest,and the other was sent to a city area.Serum cytokine levels reflecting inflammatory and stress response,indicators reflecting oxidative stress,the distribution of leukocyte subsets,and plasma endothelin-1 (ET-1) concentrations were measured before and after the experiment to evaluate the positive health effects of forest environments.A profile of mood states (POMS) evaluation was used to assess changes in mood states.Results No significant differences in the baseline values of the indicators were observed between the two groups before the experiment.Subjects exposed to the forest environment showed reduced oxidative stress and pro-inflammatory level,as evidenced by decreased malondialdehyde,interleukin-6,and tumor necrosis factor α levels compared with the urban group.Serum cortisol levels were also lower than in the urban group.Notably,the concentration of plasma ET-1 was much lower in subjects exposed to the forest environment.The POMS evaluation showed that after exposure to the forest environment,subjects had lower scores in the negative subscales,and the score for vigor was increased.Conclusion Forest bathing is beneficial to human health,perhaps through preventive effects related to several pathological factors.
5
Report on Cardiovascular Health and Diseases in China 2021: An Updated Summary (730 day view times: 324)
The Writing Committee of the Report on Cardiovascular Health and Diseases in China
2022, 35(7): 573-603. doi: 10.3967/bes2022.079
HTML Full Text PDF 2336KB

In 2019, cardiovascular disease (CVD) accounted for 46.74% and 44.26% of all deaths in rural and urban areas, respectively. Two out of every five deaths were due to CVD. It is estimated that about 330 million patients suffer from CVD in China. The number of patients suffering from stroke, coronary heart disease, heart failure, pulmonary heart disease, atrial fibrillation, rheumatic heart disease, congenital heart disease, lower extremity artery disease and hypertension are 13.00 million, 11.39 million, 8.90 million, 5.00 million, 4.87 million, 2.50 million, 2.00 million, 45.30 million, and 245.00 million, respectively. Given that China is challenged by the dual pressures of population aging and steady rise in the prevalence of metabolic risk factors, the burden caused by CVD will continue to increase, which has set new requirements for CVD prevention and treatment and the allocation of medical resources in China. It is important to reduce the prevalence through primary prevention, increase the allocation of medical resources for CVD emergency and critical care, and provide rehabilitation services and secondary prevention to reduce the risk of recurrence, re-hospitalization and disability in CVD survivors. The number of people suffering from hypertension, dyslipidemia and diabetes in China has reached hundreds of millions. Since blood pressure, blood lipids, and blood glucose levels rise mostly insidiously, vascular disease or even serious events such as myocardial infarction and stroke often already occured at the time of detection in this population. Hence, more strategies and tasks should be taken to prevent risk factors such as hypertension, dyslipidemia, diabetes, obesity, and smoking, and more efforts should be made in the assessment of cardiovascular health status and the prevention, treatment, and research of early pathological changes.
6
Hypertension Prevalence, Awareness, Treatment, and Control and Their Associated Socioeconomic Factors in China: A Spatial Analysis of A National Representative Survey (730 day view times: 311)
WANG Wei, ZHANG Mei, XU Cheng Dong, YE Peng Peng, LIU Yun Ning, HUANG Zheng Jing, HU Cai Hong, ZHANG Xiao, ZHAO Zhen Ping, LI Chun, CHEN Xiao Rong, WANG Li Min, ZHOU Mai Geng
2021, 34(12): 937-951. doi: 10.3967/bes2021.130
HTML Full Text PDF 2205KB

Objective The goal of this study was to analyze protein requirements in healthy adults through a meta-analysis of nitrogen balance studies.
Methods A comprehensive search for nitrogen balance studies of healthy adults published up to October 2012 was performed, each study were reviewed, and data were abstracted. The studies were first evaluated for heterogeneity. The average protein requirements were analyzed by using the individual data of each included studies. Study site climate, age, sex, and dietary protein source were compared.
Results Data for 348 subjects were gathered from 28 nitrogen balance studies. The natural logarithm of requirement for 348 individuals had a normal distribution with a mean of 4.66. The estimated average requirement was the exponentiation of the mean of the log requirement, 105.64 mg N/kg·d. No significant differences between adult age, source of dietary protein were observed. But there was significant difference between sex and the climate of the study site (P<0.05).
Conclusion The estimated average requirement and recommended nutrient intake of the healthy adult population was 105.64 mg N/kg·d (0.66 g high quality protein/kg·d) and 132.05 mg N/kg·d (0.83 g high quality protein/kg·d), respectively.
18
The Emergence, Epidemiology, and Etiology of Haff Disease (730 day view times: 232)
PEI Pei, LI Xiao Yan, LU Shuang Shuang, LIU Zhe, WANG Rui, LU Xuan Cheng, LU Kai
2019, 32(10): 769-778. doi: 10.3967/bes2019.096
HTML Full Text PDF 2249KB

The causal agent for SARS is considered as a novel coronavirus that has never been described both in human and animals previously. The stability of SARS coronavirus in human specimens and in environments was studied. Methods Using a SARS coronavirus strain CoV-P9,which was isolated from pharyngeal swab of a probable SARS case in Beijing, its stability in mimic human specimens and in mimic environment including surfaces of commonly used materials or in household conditions, as well as its resistances to temperature and UV irradiation were analyzed. A total of 106 TCID50 viruses were placed in each tested condition, and changes of the viral infectivity in samples after treatments were measured by evaluating cytopathic effect (CPE) in cell line Vero-E6 at 48 h after infectionn. Results The results showed that SARS coronavirus in the testing condition could survive in serum, 1:20 diluted sputum and feces for at least 96 h, whereas it could remain alive in urine for at least 72 h with a low level of infectivity. The survival abilities on the surfaces of eight different materials and in water were quite comparable, revealing reduction of infectivity after 72 to 96 h exposure. Viruses stayed stable at 4℃, at room temperature (20℃) and at 37℃ for at least 2 h without remarkable change in the infectious ability in cells, but were convened to be non-infectious after 90-, 60- and 30-min exposure at 56℃, at 67℃ and at 75℃, respectively. Irradiation of UV for 60 min on the virus in culture medium resulted in the destruction of viral infectivity at an undetectable level. Conclusion The survival ability of SARS coronavirus in human specimens and in environments seems to be relatively strong. Heating and UV irradiation can efficiently eliminate the viral infectivity. 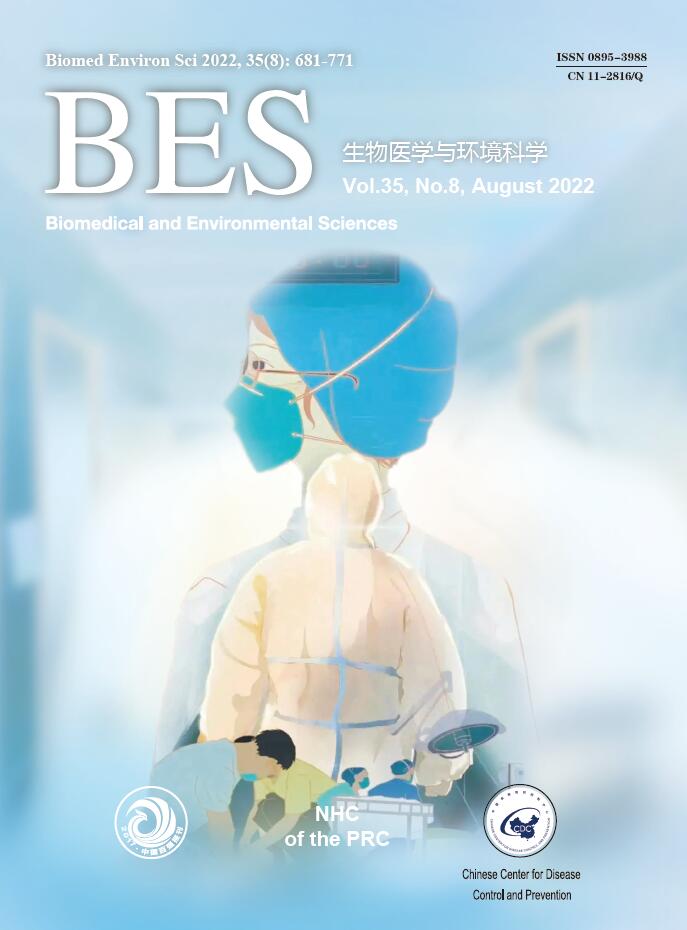