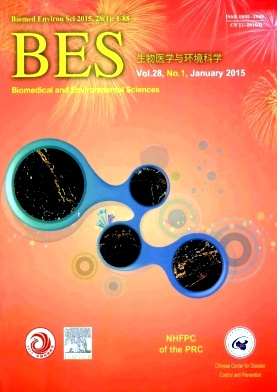 Abstract: Objective The beneficial effects of silymarin have been extensively studied in the context of inflammation and cancer treatment, yet much less is known about its therapeutic effect on diabetes. The present study was aimed to investigate the cytoprotective activity of silymarin against diabetes-induced cardiomyocyte apoptosis.
Methods Rats were randomly divided into: control group, untreated diabetes group and diabetes group treated with silymarin (120 mg/kg·d) for 10 d. Rats were sacrificed, and the cardiac muscle specimens and blood samples were collected. The immunoreactivity of caspase-3 and Bcl-2 in the cardiomyocytes was measured. Total proteins, glucose, insulin, creatinine, AST, ALT, cholesterol, and triglycerides levels were estimated.
Results Unlike the treated diabetes group, cardiomyocyte apoptosis increased in the untreated rats, as evidenced by enhanced caspase-3 and declined Bcl-2 activities. The levels of glucose, creatinine, AST, ALT, cholesterol, and triglycerides declined in the treated rats. The declined levels of insulin were enhanced again after treatment of diabetic rats with silymarin, reflecting a restoration of the pancreaticβ-cells activity.
Conclusion The findings of this study are of great importance, which confirmed for the first time that treatment of diabetic subjects with silymarin may protect cardiomyocytes against apoptosis and promote survival-restoration of the pancreaticβ-cells.