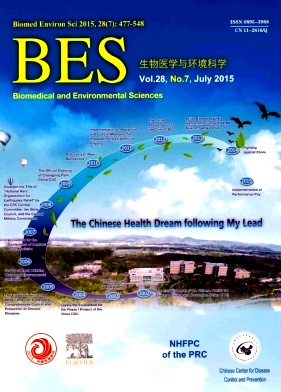 Trans Fatty Acid Levels in Foods and Intakes among Population Aged 3 Years and above in Beijing and Guangzhou Cities, China

Trans Fatty Acid Levels in Foods and Intakes among Population Aged 3 Years and above in Beijing and Guangzhou Cities, China

Abstract: Objective To understand the dietary intake levels of trans fatty acids (TFA) in a Chinese population and establish a basis for health risk assessment of trans fatty acids.
Methods The TFA contents data of 2613 food items and food consumption data of 10,533 people aged 3 years and above in two large cities in China were matched and a simple assessment method was used to estimate the distribution of dietary TFA intake.
Results The mean content of TFA was highest in margarine (1.68±0.83 g/100g), followed by chocolate and candy (0.89±2.68 g/100g), edible vegetable oils (0.86±0.82 g/100g), milk (0.83±1.56 g/100g), and bakery foods (0.41±0.91 g/100g). TFA intake accounted for 0.34%, 0.30%, 0.32%, and 0.29%of the total energy intake in the 3-6, 7-12, 13-17, and≥18 year age groups, respectively. Of the populations studied, 0.42%demonstrated TFA intakes (as percentage of energy intake) greater than 1%. The main sources of dietary TFA intake were edible vegetable oils, milk, mutton, and beef, and baked foods, which accounted for 49.8%, 16.56%, 12.21%, and 8.87%, respectively.
Conclusion The current intake of TFA among people in two cities did not appear to be of major health concern regarding the threshold of TFA intake as the percentage of total energy recommended by the World Health Organization. Because most TFA were derived from industrially processed foods, the government should reinforce nutrition labeling and regulate food producers to further reduce TFA in food and to provide scientific instruction for consumers to make sound choices.