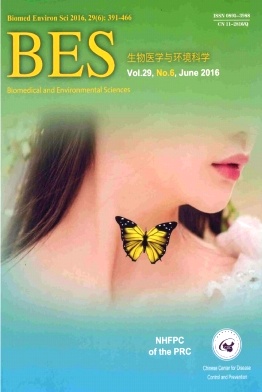 Damage to Hippocampus of Rats after Being Exposed to Infrasound

Damage to Hippocampus of Rats after Being Exposed to Infrasound

Abstract: Objective The objective was to observe damage of hippocampus in rats after exposure to infrasound, and to assess HSP70 expression in hippocampus.
Methods SD rats in the experimental group were exposed to 140 dB (8 Hz) infrasound for 2 h per day for 3 days. The morphology of the hippocampus was examined by transmission electronic microscopic (TEM). Cell apoptosis was observed by TUNEL staining at 0 h, 24 h, 48 h, and 2 w after exposure. HSP70 expression was detected by immunohistochemistry (IHC) and Western blotting (WB).
Results TEM showed that hippocampus was significantly damaged by exposure, and exhibited recovery 1 week after exposure. The TUNEL data showed that neuronal apoptosis after exposure was significantly higher than in the control rats at 24 h and 48 h, and the apoptotic cells decreased one week after exposure. IHC and WB showed HSP70 expression was significantly higher in the exposed rats, peaked at 24 h.
Conclusion Exposure to 140 dB (8 Hz) infrasound for 2 h per day for 3 days appeared to induce damage to the hippocampus of rats, based on changes in ultrastructure and increased cell apoptosis. However, recovery from the damage occurred overtime. HSP70 expression also increased after the exposure and decreased by 48 h.