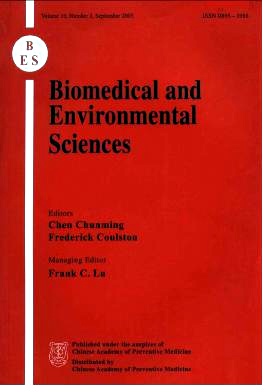 Abstract: The study was designed to compare the combustion products of coal gas, liquefied petroleum gas and natural gas in relation to indoor air pollution. Methods Regular pollutants including B(a)P were monitored and 1-hydroxy pyrene were tested in urine of the enrolled subjects.Radon concentrations and their changes in four seasons were also monitored in the city natural gas from its source plant and transfer stations to final users. To analyze organic components of coal gas,liquefied petroleum gas and natural gas, a high-flow sampling device specially designed was used to collect their combustion products, and semi-volatile organic compounds contained in the particles were detected by gas chromatograph-mass spectrograph (GC/MS). Results Findings in the study showed that the regular indoor air pollutants particles and CO were all above the standard in winter when heating facilities were operated in the city, but they were lowest in kitchens using natural gas;furthermore, although NO2 and CO2 were slightly higher in natural gas, B(a)P concentration was lower in this group and 1-hydroxy pyrene was lowest in urine of the subjects exposed to natural gas.Organic compounds were more complicated in coal gas and liquefied petroleum gas than in natural gas. The concentration of radon in natural gas accounted for less than 1‰ of its effective dose contributing to indoor air pollution in Beijing households. Conclusion Compared to traditional fuels, gases are deemed as clean ones, and natural gas is shown to be cleaner than the other two gases.